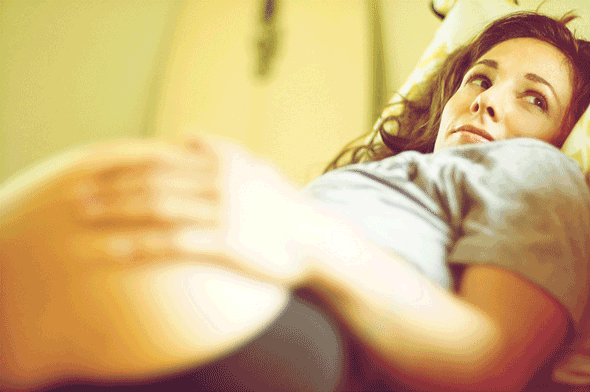 It’s Summer here. Officially. My wetsuits, gloves and booties are all packed away (OK, they aren’t packed away, they are on the bathroom floor where I pulled them out of my surf bag– same difference). Last week brought a little swell. I ended up meeting Brad at Lido. We ran from the lot to the path so we could run out and look. Some doughy, home-tattooed smoking invertebrate yelled, “Run, Forest, run” at Brad as we ran down the sidewalk. I shot him a dirty look and thought to myself, “I can do so many more pull-ups than you.” There was tiny bump in the water desecrated by a mass of swimming tourists. Surfing has caused a deep resentment for the general beach-going populace. What the hell do they think they are doing out there anyway, frolicking in the whitewater? Waves are for surfing, people, get out of my way!

We decided to head North to that spot that amplifies all the swells. It’s been too long since I’ve surfed and I’m willing to deal with passive-aggressive stares and not-so-passive aggressive words.

Unfortunately, the other half of the beach-going tourists, the ones who aren’t already at Lido, are driving North. Traffic across the key is disgusting. So we pull-over and check that little beach on the way that you aren’t technically supposed to surf. Tourists, minimal. Surfers, zero. Sun, shining. Waves, hells yes (well, this is the Gulf coast, so by ‘hells yes’ what I really mean is, ‘eh, rideable’– again, same difference).

Brad and I each perch on wooden pylons overlooking the dunes, inspecting the surf. We are like two quiet birds. Watching, waiting for something, not sure what, some kind of sign maybe. We gather evidence. Perhaps if we look long enough out at the tiny waves rolling in it will become obvious what we are supposed to do. Where we are supposed to be. The metaphor isn’t lost on me, considering the rest of my life at the moment. Life is easy, it’s the choices that are hard.

I can see the telltale surf sesh anxiety brewing in Brad’s face. It makes me feel nostalgic. Nowadays, when I look at him I sometimes hear a refrain in my head, “I’m not your girlfriend anymore.” Sometimes it makes me sad, sometimes it doesn’t. Those choices are already made. But the anxiety currently occupying Brad’s face is completely unrelated to me and I know it. I know exactly what he is thinking before he says it.

“If it looks like this here, there’s a definitely a wave at the Street. But look at the traffic, what if its backed up the whole way? What time is it now? We are looking at maybe another 40 minutes in the car. It might be really crowded or maybe everyone else will think it is going to be crowded and so it won’t be crowded. Or we could just surf here by ourselves. Or we could surf here for half an hour until traffic dies down and then go to the Street.”

He rambles on like this in perfect surfer neurosis for awhile. I call it ‘grass is greener’ syndrome. It’s cute, and sadly ironic because it’s also probably the root cause of why he broke up with me in the first place. Luckily, I enjoy literary-like parallels such as this- otherwise it would probably make me sad. Plus, there’s currently another surfer making me sad with his love-withholding and I only have room enough in my heart for so much dude-induced sadness.

Anyway, the call is “Fuck it. Let’s just surf.” So we do. I feel vulnerable without my wetsuit, but sexy in sort of a relieved, sleepy way. Like my body is yawning itself out of hibernation. I’m pretty sure if my ass could talk it would be saying, “Look out, fellas, the bitch is back.” (Did I really just anthropomorphize my ass? I’m making a note to bring that up in therapy).

The sun is shining, the water is warm. The sound of children’s laughter drifts into the lineup like distant bells. Brad has his serious face on and paddles crazily all around, catching every possible wave. I swear, he could shred in a kiddie pool. The tourists on the beach point at him, no doubt singing that classic refrain, “I didn’t know you could surf in Florida.”

I’m thinking about buying one of his Mayhems, so I’m test-driving it now. It feels diminutive underneath me. I can feel the muscles in my core struggling to center me. I’ve been feeling unsteady a lot in real life lately so somehow this parallel comforts me. Everything is a metaphor in the water and all those metaphors make sense.

Afterwards, in the passenger seat of Brad’s car, where I’ve sat, surfed out, so many times before, I start to cry. Uncontrollable fat tears out of nowhere. Even I am surprised. I don’t know why. I guess because I am tired. And because I love surfing so much and because my life is populated with men who love me, but can’t sustain a relationship with me.

Sometimes happy and sad get all tangled up into one big knot, like a mass of yarn or rubber bands. Together they become bigger, more complex, but also more malleable, manageable. Something I can handle.

I can handle this.